Home » Gruits of their Labor 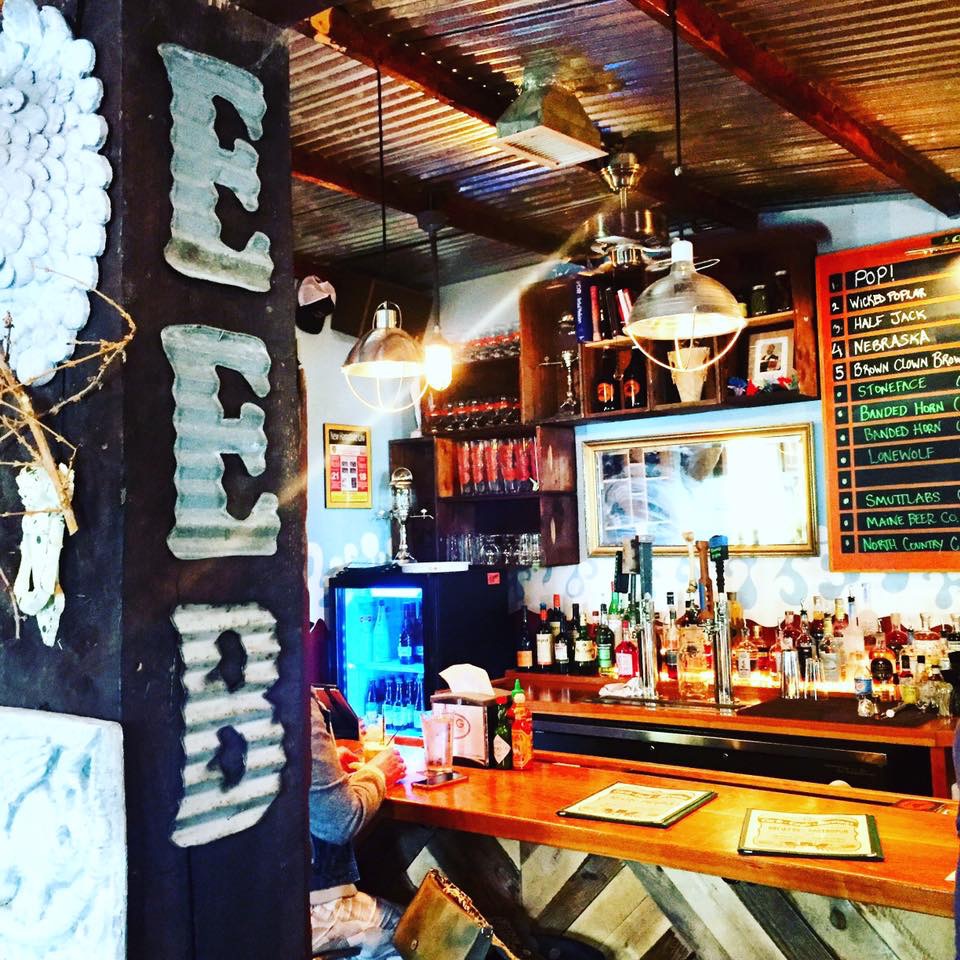 There are tons of styles of beer out there, and subcategories in those styles. IPAs, hazy or otherwise, Saisons, Brown Ales, Stouts, Pilsners, you name em (can you name them all?). One style that not many people have heard of, and when I first did back in 2015, had the same reaction most do “Umm, a what now?”- that is the Gruit Beer.

Gruit beers are an ancient style of ale, and possibly at the root of the word Gruit, your first thought went to something medieval, you’re not too far off- just a couple centuries. These beers were brewed back when the land wasn’t fertile enough to grow hops, and the brewers had to find other ways of not only preserving, but flavoring their beers. As a substitute, wild ingredients such as yarrow root, fern, juniper, and even tree bark were added into the boil. These beers were told to have many medicinal, and also rumored to have aphrodisiacal properties to them based on the items that were in the brew.

The first place I ever heard of, or tasted these beers was at a brewpub in Portsmouth, New Hampshire called Earth Eagle Brewing. At first visit in 2015, this was then a nano brewery who I was told specialized in Gruit Beers. I became fascinated with the idea behind them, and when I took a tour of the brewery, there was someone plucking chamomile straight off the plant to brew into their latest creation. Butch Heilshorn and Alex McDonald, the Co-founding brother in laws who started the brewery were once dubbed the “Mad Scientist Brewers of the Seacoast”.

Now gruits can have almost anything to the imagination added to the base, and while hops can still be present in the recipe, they are not at the forefront of the aroma or taste by any means. Earth Eagle Brewing even works with a woman who is a professional forager by trade to go out in the wilderness and bring back seasonal ingredients for their beers. You can only imagine what kinds of recipes might be brewed up! I had beers from them with spruce tips, Chaga Mushrooms, Juniper Berries, Sweet Gale, just to name a few!

Other spots I have found Gruit beers are from Mystic Brewery in Chelsea, MA, Cambridge Brewing Company in Cambridge, MA, and most recently South Park Brewing in San Diego, CA. There is even a National Gruit Day celebrated on February 1st. This day honors the ancient style, and every year Cambridge Brewing Company throws a party to celebrate. They brew a few of their own up, and will feature beers from Earth Eagle Brewing on tap, too. It’s always great to see collaborations happen between brewers and this was one of my favorite events to attend. 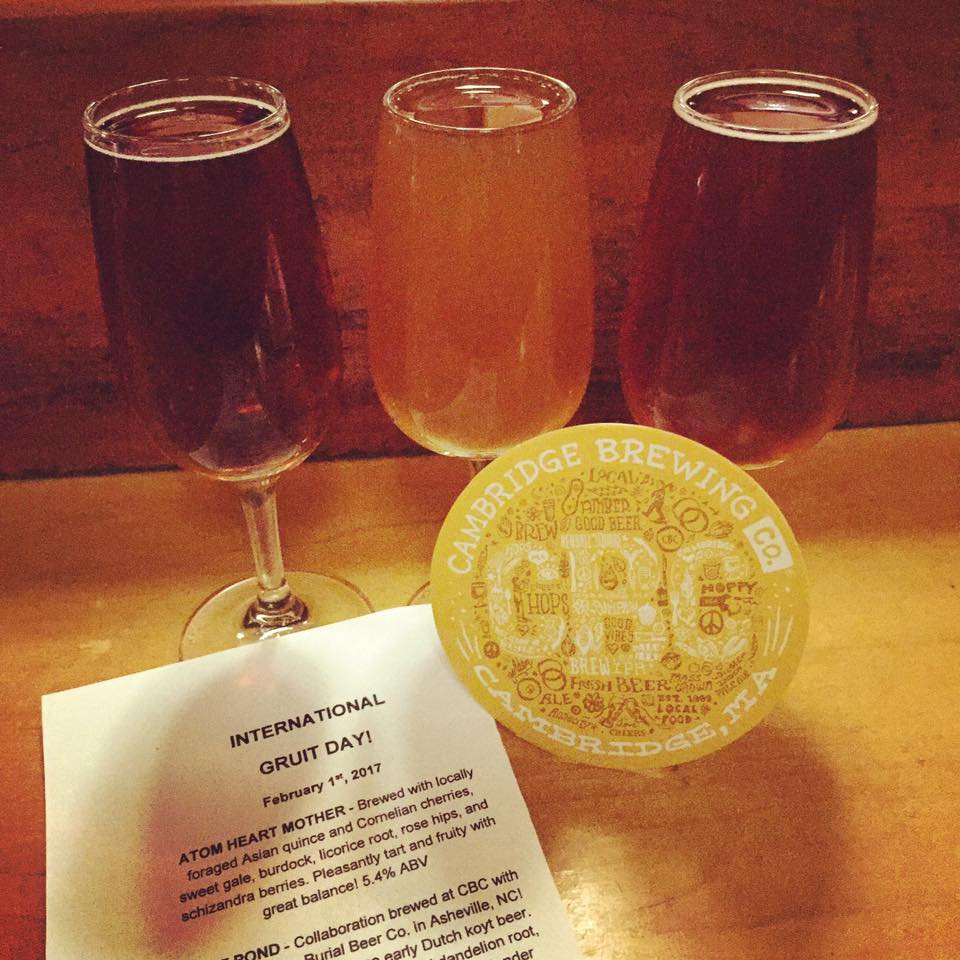 Via social media, I recently saw that South Park Brewing, a few miles from my home in San Diego had brewed up a Gruit. Having not seen or had one on the West Coast, I naturally was excited to get over there and enjoy it. Named “Herbs and Honey”, this light bodied beer was meant for summertime weather. At the forefront of the beer you got herbal notes from the doses of Chamomile, Sage, Rosemary, Juniper, and Lavender they used. They also partnered with a local farm to include wildflower honey in the beer, which gives the beer a sweetness, but not in an over-powering way.  This summer sipper is almost as if beer and iced tea had a baby. Clever name ideas for this hybrid in the vein of an Arnold Palmer are welcomed by all of you who are reading. 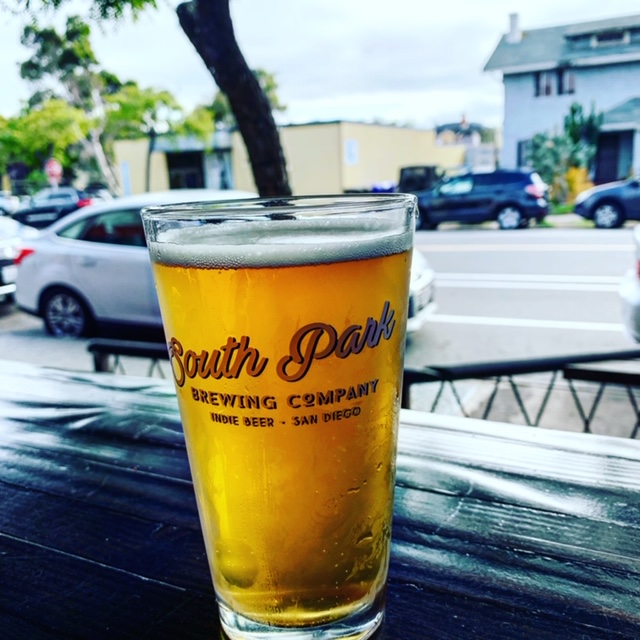 If you hadn’t heard of a Gruit Ale until now, they aren’t widely out there, but if you get a chance to get to any of the spots mentioned in my post, give them a try! Brewed with mostly seasonal ingredients, at this time of year you’ll find some light, fully flavored beers. Especially if you’re not a fan of bitter, hoppy beers, the way the hop profiles are muted in Gruit beers just may appeal to you. Cheers!