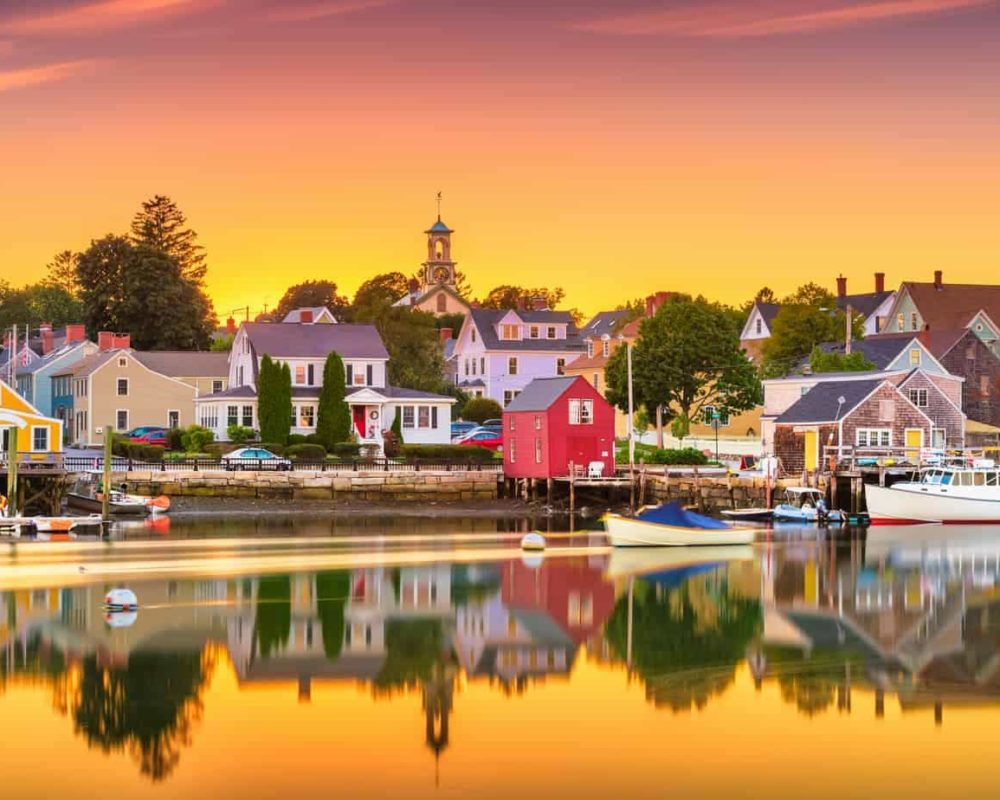 In 2015 I started and ran a (now defunct) Beer Tour Company that took a bus full of beer lovers from Boston to Portsmouth, New Hampshire for a brewery-hopping day trip.

It was a really cool experience to not only start my own business, but to start a business in an industry that I’m very passionate about and love the people who make it run. I’ve said it before and I’ll say it again – I’m a beer geek through and through.

On a day trip from Boston, I was inspired to start Pints of Portsmouth – thinking it would be fun to bring people up from Boston like myself who would never heard of these breweries – or who had heard of them, but never had a safe way to get up there, drink to their hearts content, and return safely that evening.

After some research, planning, and outreach the ball began rolling on finding Portsmouth brewery partners who were willing to organize something where if I brought them 8 to 12 people two to three days a month, they would give me X in return, discount prices, and make sure our guests had an special experience that not any normal person going to their breweries would get.

We went to breweries that were small taprooms that had been around for years, to a brewery on a farmhouse, and to breweries that ranged in all sizes and styles. Our guests were able to experience something different everywhere we went.

Whether it was discounts on beer, a talk with the brewer, a free tour, or some sort of lunch package where we got to eat while doing a beer tasting. Each brewery gave us something of value in exchange for bringing them exposure

What I have since come to believe, is that I’ve discovered the best beer city that (most people) have probably never heard of.

Located about 1 hour north of Boston, Portsmouth is not only a quintessential, picturesque New England harbor town, it’s also home to a diverse, thriving – and very accessible beer scene.

What makes Portsmouth such a great beer city?

First of all, Portsmouth is very walkable.

If you’ve ever been to Carmel or Monterey, California – it will remind you a lot of that. It’s a seaside town that has art galleries, very independent businesses and you can walk everywhere.

Just within the downtown area, there are three or four breweries or beer bars within a mile of each other at most.

And then on the outskirts, there’s more breweries as you’re coming into or leaving town that make it a great destination. You can hit a couple different places in a day.

When drinking your way through Portsmouth, you can expect that not one experience is going to be like the other, which is very important. When you’re thinking about organizing a day trip or vacation, you don’t want to go to a bunch of places that all seem like one another, do you?

You want to go to places that have a different ethos, different beers – different specialties and styles than the others.

There are about eight breweries within a 10 mile radius, and you can expect that each of them will offer you something entirely unique.

You got accessibility, diversity. And it’s great destination to also go do other things, if you’re not just there for the beer. It’s a gorgeous waterfront town. There’s a lot there outside of the brewery, but the beer is a big reason to visit.

Note: You wouldn’t know it’s there unless you were told. I only found out about it because I was was staying at a hotel and was recommended by the front desk clerk. It’s tucked away behind a tattoo parlor and a home brew shop right off the main street.

They specialize in a unique herbal style of beer called Gruits, which is a historical style of non-hopped beer and are absolutely worth trying. They also have IPAs, Amber ales, and other seasonal delights made with unique ingredients

On the outskirts of downtown Portsmouth, there’s a brewery called Liars Bench, which specializes in German lagers. They have hot dogs and sausages that compliment their German offerings and have a big beer garden that is a lot of fun in nice weather.

Right outside of Portsmouth in a town called North Hampton is a brewery built into  a big 1860s farmhouse. They try to source all their ingredients or their beer within 200 miles of the brewery, which is part of their big mission statement. It’s run by two women, Annette Lee and Nicole Carrier, which is a throwback” to the ancient times when beer was, in fact, brewed by women. Throwback as a brewery name is a double entendre meant to signify the prior fact, along with how there’s no greater joy than “throwing back” a beer with friends.

Their ultimate goal was to create a community space for people to come in and “throw back” beers, and be with friends and enjoy their brewery.  This is an amazing experience that was always a hit on my tours.

Smuttynose Brewing is the local, large mega-production type brewery of New Hampshire. It’s the founding brewery of the area and deserve a lot of respect for getting the craft beer scene moving there.

Considered the original craft brewery of New Hampshire, they are the one that kind of started the beer scene. Their finest IPA is a classic American style IPA that is very malt forward and hop forward. So you get a balance in both in every sip.

The property itself is huge. They have a disc golf course when you’re able to go out and play disc golf, and have enough space to to host events.

If you’re looking for a big manufacturing Portsmouth brewery experience you won’t get anywhere else in Portsmouth, Smuttynose should be top of the list.

Great Rhythm Brewing has been open since late 2016 putting out juicy IPAs, Pale Ales, and Stouts in a funky warehouse setting down by the Portsmouth Railroad Tracks. With Bright eye catching labels and names like “Squeeze”, their beers are a popular pick.

Loaded Question Brewing is the newest kid on the Portsmouth brewery block having debuted just under 5 years ago. Their owner and head brewer Tom focuses largely on Belgian-Style beers but also brews IPAs, Sours, and lagers.

Stoneface is not in Portsmouth, but it’s in a town called Newington about 10 minutes away. They are well known for their New England style IPAs, sour beers, and dark beer styles.

Tributary Brewing is in a town called Kittery Maine, which is a five minute drive away from Portsmouth. One amazing thing about New England is how easy it is to drive a little bit and be in a completely different state.  This brewery is a great reason to take advantage of that. Owned by beer legend Tod Mott, Tributary makes styles all across the board.

It’s a brew pub, more of a restaurant style brewery than an actual kind of destination brewery, but that doesn’t take away from the beer that they make and the fact that they were the original brewery in downtown Portsmouth, which led other breweries to build around. It definitely should be on your list when in downtown Portsmouth.