Home » How To Choose the Best Beer for Every Occasion

How To Choose the Best Beer for Every Occasion 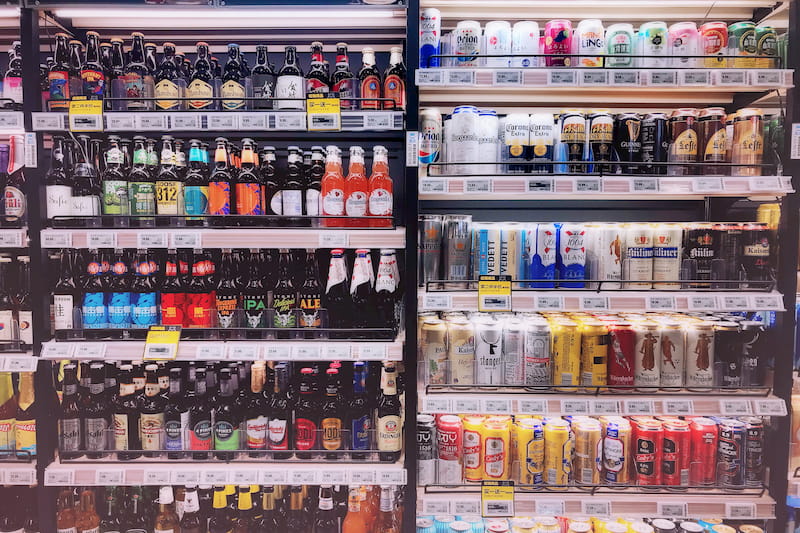 The Best Beer for Every Occasion

Hey Beer Geek! If you made it through Episode One, you learned how I evolved from hop hater to ale enthusiast, and you want to know more – right on!

There is so much to explore in the vast world of craft beer, I often struggle with just where to start when engaging others, especially when giving advice about the best beer for every occasion.

There’s beer history, style exploration, processes of brewing – so much to devour.

However, when I think about just what a consumer might really want to know to start, even before diving nose first into that glass of beer and taking a sip, is just “what do they want to sip on?”

There are hundreds of styles of beer out there, the IPA has subcategories galore; Session IPA, Double IPA, Hazy IPA, West Coast IPA, Fruited IPA. Lagers can be German, or Czech, or American Light Lagers.

Then you have Belgian beers, German beers, dark beers, oh my! It can get overwhelming.

My goal is to help decipher just what it is you might want to buy, whether you’re looking at the craft beer aisle in a supermarket or liquor store for the first, or fifteenth time to discover the best beer for every occasion.

Use Descriptors to Describe Your Preferred Beer Flavor Profile

When it comes to other beers you’ve tried, or other alcohol or food purchases & habits you have – what do you like?

Do you prefer flavors that are light, buttery, crisp, and floral? Maybe you enjoy bitter flavors or roasted and chocolate flavors that stimulate your senses in that first cup of morning coffee.

Those are all fantastic, simple descriptors and places to start when figuring what type of beer to buy.

If you’re reading this and would like examples of widely available, or even regionally available beers for some of these styles, please don’t hesitate to reach out to me via my blog contact form or email address. I’m more than happy to compile a few suggestions for you.

Another easy place to start when you’re looking to purchase beer is per the occasion and/or the season.

Trust me, by occasion I do recognize that sitting on your couch in sweats watching sports, or waiting out a thunderstorm can be an occasion – I’ve been there before!

But often times food and drink stir up emotional responses or memories that can be tied to “Oh I remember having this before during X” or “That one time my friend bought this six pack because we were going to Y event.”

It’s a fun exercise to pair beers that are right for the occasion, mood, or season. A good resource is this beer and food matching chart.

Brewers also typically brew for seasonality, and that’s why in late spring to summertime, the beer options lighten up, and alcohol percentages drop.

So, are you picking up a six pack in summer, or a four pack In late fall? That may determine just what you are looking to drink!

What is a Session Beer?

Outings and events are also big factors in a purchasing decision.

Are you having friends over for the big game and want to have an afternoon of drinking?

In this case – you might want to go for session beers. Session IPAs are the most common, but there are other “sessionable” beers out there such as Helles Lagers, Pale Ales, and more.

The term “session” is just derived from how in English pubs, you would typically go for a “session” of drinking.

That meant having multiple beers with your friends during the afternoon, and these beers would be anywhere from 3.5% to 5% alcohol, which meant you could have a handful in a session and not feel too drunk after the fact.

The best beer for every occasion often means knowing how many beers you could see yourself enjoying. Timing plays a huge role in this!

Here are some other potential occasion and event pairings

The Best Beer to Bring to the Beach

Maybe you’re heading to the beach, or the lake with friends for a picnic. You probably want something to drink in the sun and to share with friends. In this case, consider not only style, but packaging and amount of beer. I’d suggest a 12 or 15 pack of pale ale, IPA, or even sour beer to pair with that sunshine and good vibes, and you probably want cans vs bottles. Light won’t hit cans and mess with your beer. It is also much easier to recycle, and lighter to carry.

The Best Beer to Bring to a Christmas Party

You have a Christmas party to attend, you live somewhere that the nights get chilly and maybe it’s snowing. You could look for a seasonal release from a well known brewery such as Sierra Nevada, or Firestone Walker that fits the holiday mood. You could also bring a six-pack of a stout, porter, or scotch ale that will help you feel warm inside.

But don’t let that stop you from trying a light beer in January – if that’s something you’d rather have.

How to Decide Which Beer to Buy

If you truly just don’t quite know what to buy and you’re feeling overwhelmed – Ask!

The great thing about most liquor and bottle shops now is that they have well trained professionals there to help inform your purchasing decisions.

Even some specialty supermarkets such as Whole Foods will have a beer and wine buyer on staff.

They’re likely to guide you in the right direction, perhaps even asking questions such as “Well what flavor profiles do you like?” or “What’s the occasion?”.

Another great trick is to relate back to a beer or brewery you’ve tried from before. You can say “Ok I had Lagunitas IPA, and really enjoyed that” or “I’ve really only drank Coors but I want to try something else that’s similar”.

DON’T be afraid! That’s where most of us get our start, light macro beer, Smirnoff vodka, inexpensive brand name products.

If you give the right information, you may be guided into a whole new world of beer you never knew was out there.

After all, as mentioned in my first Beer Geek Article, had I not known and stated that I enjoyed Blue Moon & Hoeegarden, I never would have been guided towards Allagash White, a craft beer in the same style as the previously mentioned two, and my whole beer geek journey may have never began.

Follow these very loose rules of thumb the next time you’re picking out beer, and most importantly, have fun with it!