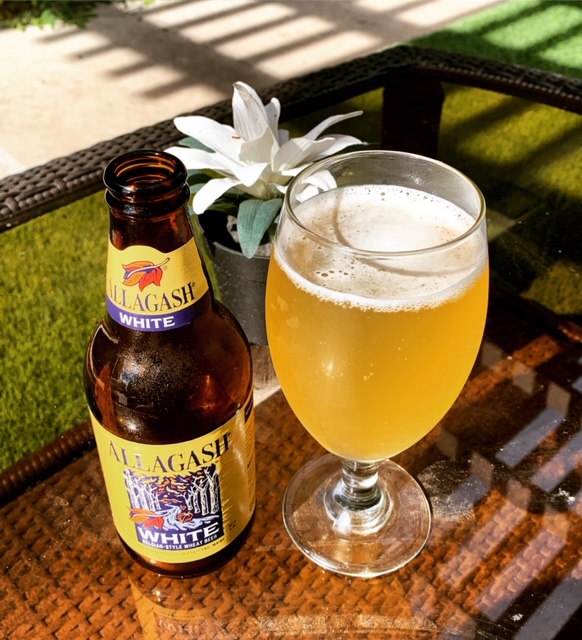 When you think about that first beer that you had, be it craft or not, that made you stop, savor the sip, and think “Huh…I wonder what else might taste like this”, what comes to mind?

That is what I mean about having a gateway beer, the beer that got you curious about, and into the world of beer and finding out more. Where were you when you had that sip, what flavors and memories come back to you when you have that beer again, whether it’s a standard in your beer fridge, or an old friend you revisit time to time?

For me, that beer is none other than Allagash White. More specifically, Allagash White on draft at Toronado beer bar in San Francisco at the age of 22. Growing up in Northern California, I had easy access to the likes of the hop heavy west coast IPAs, which at the time of starting to enjoy beer, I just didn’t like. So in my college days I gravitated more towards Blue Moon, and if I was feeling fancy- Hoegaarden. These better balanced, yeast driven beers fit my palate better than the Sierra Nevada’s of the world.

Now, enter my first trip to the beer geek dive haven that is Toronado. An acclaimed beer bar with outposts in San Diego and Seattle, the original lies in the lower Haight District of San Francisco. One night out with friends we decided to take it on. I walk in, immediately overwhelmed by the plethora of options on the board, and ask the grizzled bartender “What do you have that’s similar to a Hoegaarden?” in a somewhat hushed tone. He guided me towards Allagash White, which was also a bargain of a beer at $5 a pint- what more could a college kid ask for?

That first sip, it was like diving into the grownup version of a Blue Moon, or Hoegaarden. You got the balance of malt and yeast, the aroma of chamomile tea and spice, and an easy drinking beer that I wanted to just sit and sip. This beer paved the way to discovering a whole world of Belgian beers that I could enjoy based on the fact that they relied more heavily on yeast profiles than hops. I soon discovered Saison, Belgian Tripels, and the history of the beers and country they come from. When I lived in Boston, I took a weekend trip to Portland, Maine, and you better bet Allagash Brewing was high on my list of places to try. I had to go to the source of where my first true craft beer memory came from. It’d be the same as drinking a Pliny the Elder at Russian River, for the hop lovers out there.

So I ask you, on this International Beer Day- What was your gateway beer? Did it pave the way for you enjoying all beers of a similar style? How do you celebrate this memory today?

Let’s raise a glass to that first craft beer memory we have, and enjoy it the same as we did then, while surely discovering new things about the beer as we sip it now. Cheers!